For world-leading techniques and oral aesthetics

From his studio Lovebite in an historic home in central Christchurch, New Zealand, internationally renowned clinical dental technician Richard Greenlees creates beautiful bespoke dentures with small nuances in the fabrication, colour and shape and even slight imperfections to create a uniquely individual smile.

In addition to dentures, Richard also carries out crown and bridge, veneer and implant work, in conjunction with like-minded dental surgeons who complement his creative and aesthetic work.

The Lovebite experience is truly unique. Richard personally guides his patients through every step of the process. He greets his patients at the door and invests considerable time in the initial consultation stage, where everything from the patient’s history, to reviewing their smile pre-dentures is considered before the new smile is designed and fabrication gets underway.

Not only do Lovebite teeth look real, the whole structure and shape of the patient’s face is transformed with Richard’s top-of-the-line dentures – something he calls his signature ‘Oral Lift’.

With appropriate facial support, the facial tissues are brought back into the correct position, the lips are reformed, and beauty and confidence is restored.

It is the interior ‘Oral Architecture’ of a Lovebite denture that helps to create a more youthful appearance by restoring the face and skeletal shape that can be lost after years of wearing dentures.

The key word in Richard’s treatment protocol is ‘Reality’. He is intent on pursuing the balance between nature and man-made. To this end, all of Richard’s work is bespoke and made by his own hands in his one-man studio.

Teeth are as different as fingerprints and vary greatly depending on a person’s age, sex and race.

Dentures from Lovebite reflect this, and are as unique and individual as the people they are made for, helping them to reclaim their identity. 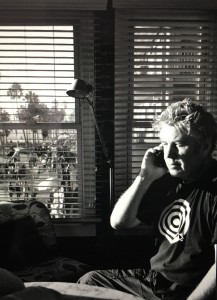 Richard Greenlees PGDipCDTech (University of Otago) is an internationally renowned clinical dental technician. He studied in New Zealand and Japan, before leaving for London in the 1980s, where he ran his own clinic in the prestigious Harley Street, for 15 years.

During this time he treated people from all walks of life, from East End barrow boys ‘done good’ to the rich and famous, politicians, actors and musicians.

His techniques are recognised as world-leading and he is regularly asked by his international peers to lecture and run courses worldwide. This includes regular courses in London, where professionals come from all over the world to learn about Richard’s revolutionary approach and techniques that are changing the face of denture aesthetics.

Richard’s devotion to his patients and profession is such that he has risen denture prosthetics to an art form. One of his international colleagues said Richard’s work, “creates the perfect illusion, but above all, restores the patient’s dignity by embracing all facets of life and nature and by rejecting the artificial and grotesque commercialism. Acute, experienced observation and deep devotion are key elements in Richard’s work’.

Art in all its forms, is also of keen interest to Richard. He grew up with an artist mother, and carpenter father, and was always encouraged to use his hands. His other passions include painting, design and architecture and film, pursuits that are complementary to the the artwork he creates in his dental studio.